The 2014 NCAA Women's Basketball Tournament - Regional Finals was one of the "Elite 8" games and was held at the Maples Pavilion in Stanford, CA on 4/1/2014. The winner (Stanford Cardinal) from the game below advanced in the Tournament to the "Final Four" held in Nashville, TN and played on Sunday, 4/6/2014. Stanford lost to Connecticut, and Connecticut went on to become the National Champion, and was undefeated for the 2013-2014 season.

For NCAA Tournament updates and info, go to ESPN, and their NCAA Women's bracket. 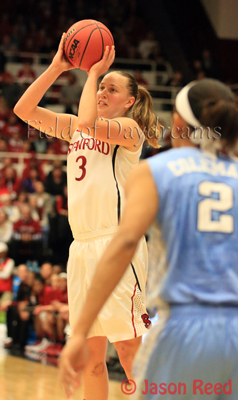 Mikaela Reuf (#3-F-Senior-STAN) hits a three pointer in the first half, and was the MVP of the game. 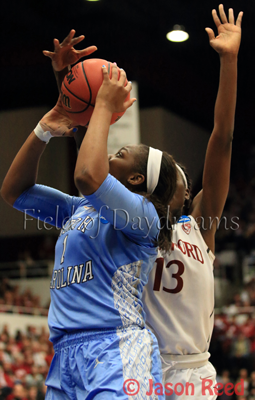 Chiney Ogwumike (#13-F-Senior-STAN) blocks Stephanie Muvunga (#1-F-Fresh-NC) shot near the basket in the second half. 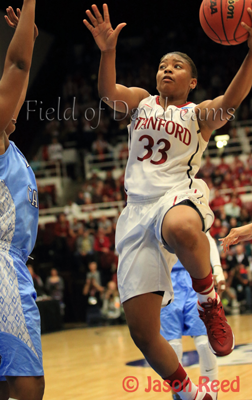 Amber Orrange (#33-G-Junior-STAN) lays it up over the defender in the first half. 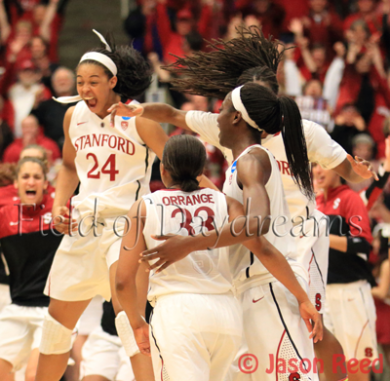 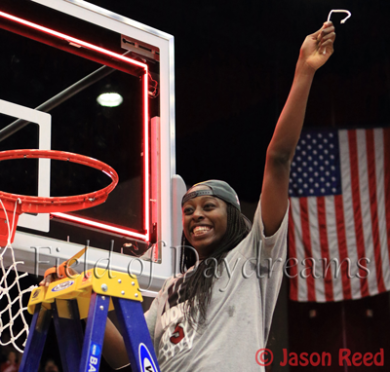 Chiney Ogwumike (#13-F-Senior-STAN) cuts the net during the postgame celebration. 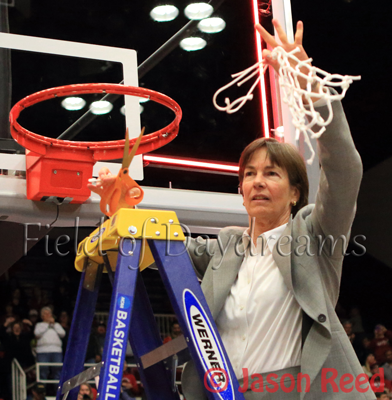 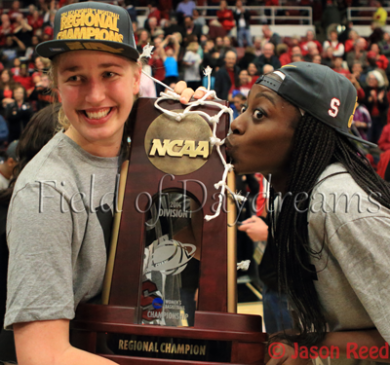 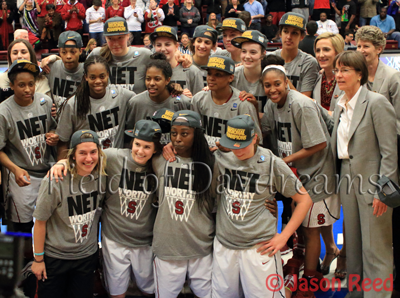 Go the Photo Galleries to see all photos in Galleries, sorted by sport.

Go to Photo Galleries - BB-W to see all Basketball (W) photos in Galleries.